Selected for the 20th International Silver Triennial exhibition at the Deutsches Goldschmiedehaus Hanau, Germany, from October 30, 2022 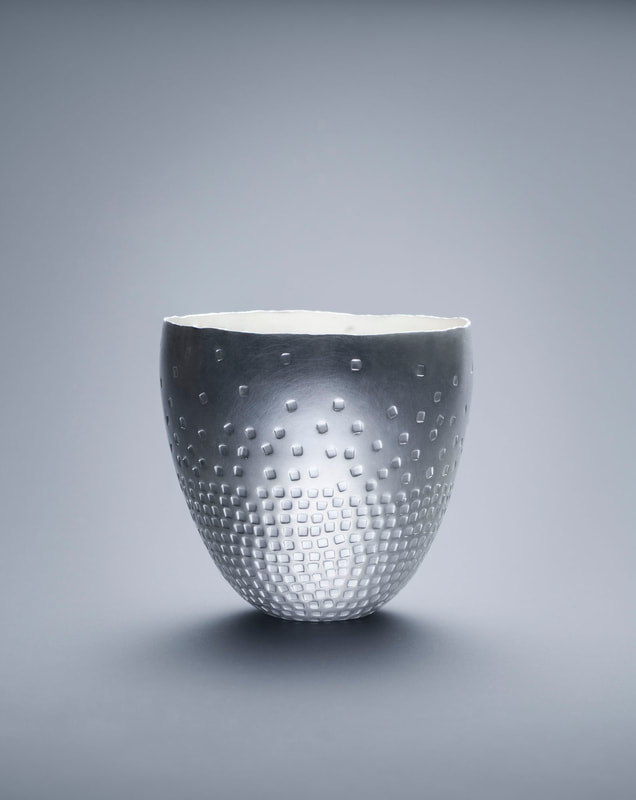 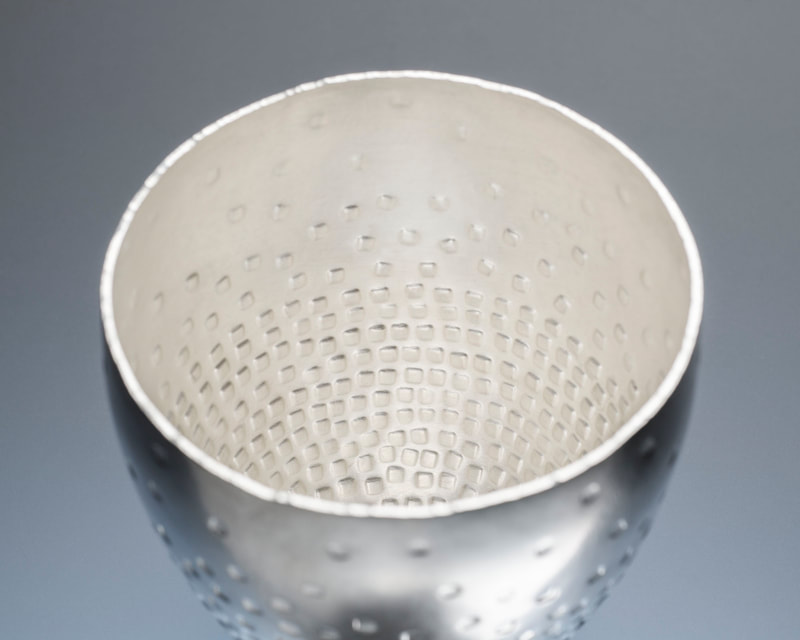 ​On March 20, 2020, as Covid-19 was spreading across the globe, Australia closed its borders to the world. While in theory it was still open to citizens and residents, for 704 days movement in and out of the country was severely limited, due in no small part to the lack of available flights and lack of quarantine facilities but also to the then Federal Government’s intransigence and lack of compassion.
Like many (49% of Australians were born overseas or have parents who were born overseas) I have family overseas, and during 2020 and 2021 I was deeply affected by the absence of family members who were unable to return to the country, while I of course could not leave. Then, in August 2021, the Federal Government quietly expanded its ban on Australian citizens leaving the country, meaning that if you had in fact been able to return, you may not be able to leave again.
On February 21, 2022 the borders reopened, a date chosen more for political expediency than anything else.
My vessel, Containment, or 704 days is a work that I made this year after the border had reopened. The vessel was raised by hand from flat sheet, and there are 704 indelible marks on the vessel, each one representing another day of containment.
​Unintended Consequences, 5 Brooches
Selected for the 2022 National Contemporary Jewellery Award at the Griffith Regional Art Gallery, Griffith NSW, from October 28, 2022

The series Unintended Consequences has been created using steel from a Toyota Corolla car body in bush land near my home. On the edge of suburbia this patch of bush had, over many years, become a dumping ground for abandoned cars.
I am fascinated by these wrecks and how they came to be there, reflecting the intervention of, particularly, twentieth century man in the landscape. These cars are slowly decaying into the earth, subtly changing every year, shedding more fragments of rusting metal.
These brooches were created for the most part by using small items of steel as they were found on the ground around the car. The steel has been prepared only in as much as it was scrubbed clean with a brush. The enamel was applied with a view to letting the process direct the outcome. In places, the steel has revealed itself through the vitreous surface to assert itself, in others the enamel has created patterns mirroring the wear and tear of car duco over time.
​
Bush Horizons
Selected for the 2022 ITAMI International Craft Exhibition, at the Itami City Museum of Art, History and Culture, from November 19 -December 25, 2022, Itami Japan 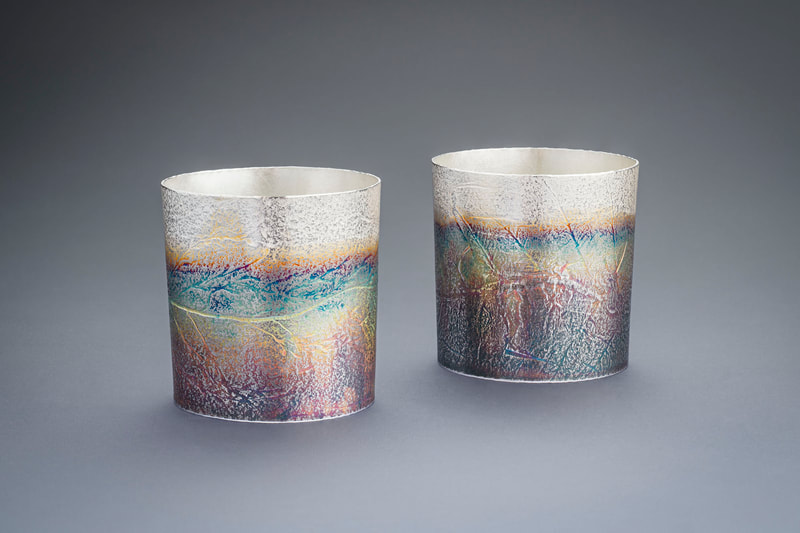 ​These works respond to the theme of ‘Shuki Shuhaidai’. The surface of these O-choko (sake cups) are imprinted with Japanese Washi paper
and Capillipedium spicigerum (L) and Pteridium esculentum (R) which are a native grass and native bracken fern respectively found in Eastern Australia. I wanted to capture a sense of the bush and its dramatic colours and textures alongside the soft white icy texture of the silver, contemplating our horizons while enjoying sake.
​
Fe203-Rust
Selected for Profile 2022, JMGANSW Contemporary Jewellery and Object Award, Australian Design Centre, Darlinghurst, Sydney, NSW 9 August - 28 September 2022 and currently showing at The Hazlehurst Arts Centre NSW 26 November 2022 – 29 January 2023
​For as long as I can remember, I have collected rusty steel and iron from the
ground on my frequent bush and urban walks. Many of these little bits of metal have nearly rusted away, almost disappearing into the earth, while others have maintained their form. They are all enticing and intriguing, and I have many of these pieces in my studio awaiting the moment when it becomes clear how they might be utilised in my work. This series of pendants, Fe2O3-Rust, are made by working lightly with the objects. I try to keep the form in its original state where possible, working with the objects in a way that means any intervention is reversible. While 'Coil" has the addition of vitreous enamel, I have left the other objects in the state in which I found them, allowing the nature of the surface to speak. The surgical suture silk is from a few reels that belonged to my father, and that came to me along with some obsolete and unwanted instruments on his retirement about 30 years ago.​